The entry of our Lord Jesus into Egypt is one of the 7 Minor Feasts in the Coptic Orthodox Church & is celebrated on the 24th day of the Coptic month of Pashons. The Holy Family embarked on this important trip to Egypt while Lord Jesus was still a child (under 2 years old). The church scholars & historians suggest that the Holy Family spent a period of about 4 years traveling throughout Egypt, not spending more than a few months in any single place. The longest time the Holy Family spent in one place was in Gabal Kiskam (currently known as El-Muharraq) where they spent 6 months & 10 days. They lived in a cave, which was later transformed into the monastery of St. Mary. In there, Archangel Gabriel appeared to St. Joseph and informed him of Herod’s death, instructing him to return to the land of Palestine once again. This journey was very hectic for every member of the Holy Family especially for St. Joseph who was already in his 90’s by that time.

The Holy Family was accompanied by Salome who was helping them during the trip and a witness to the signs and miracles worked throughout the land of Egypt while they were there. Upon approaching any city in Egypt, demons would escape and the idols & statues would fall apart & totter in the presence of the Lord, which was the main reason why they were always moving from city to city, as this greatly angered the governors of those cities & their armies. One of the widely known miracles was described by Abu El-Makarim in one of his writings stating that while the Holy Family was sailing in the Nile to Gabal El-Teir (close to Samalot), a witch pushed a huge rock down a mountain heading towards the Holy Family. Lord Jesus stopped the rock by the palm of HIS Holy hand, imprinting a mark of HIS palm on the rock hence why the place is commonly known as Gabal Al-Kaf or “Mountain of the Palm.” The map below shows the journey of the Holy Family with all the stops throughout Egypt: 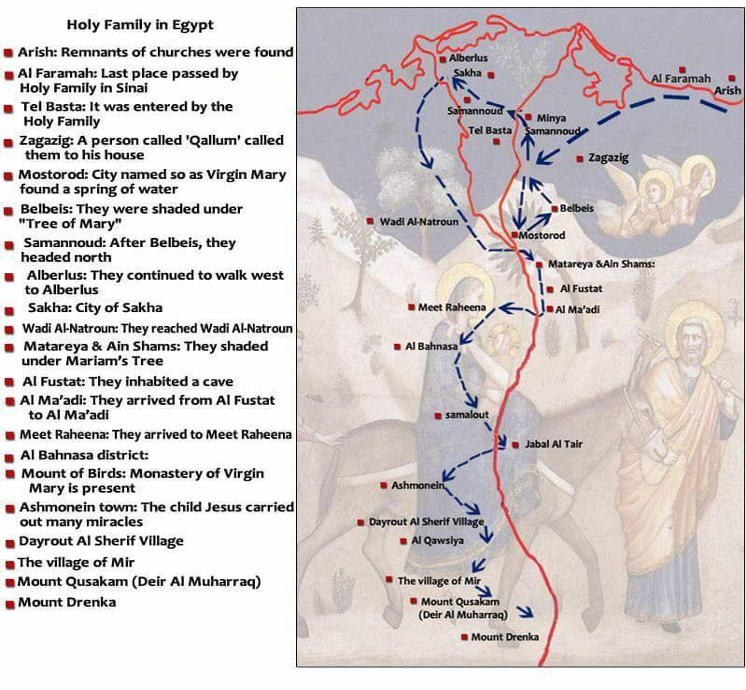 The trip of the Holy Family to Egypt was a result of the decree issued by Herod to kill all male children in Bethlehem who are 2 years or less after the Magi’s visit to the Holy Family and not returning back to Herod as he had asked them to do. An angel appeared to St. Joseph & instructed him to take the young Child and HIS mother to Egypt as per Matt 2:13-14: “Now when they had departed, behold, an angel of the Lord appeared to Joseph in a dream, saying, “Arise, take the young Child and His mother, flee to Egypt, and stay there until I bring you word; for Herod will seek the young Child to destroy Him.”

However, the key question here is did Lord Jesus and the Holy Family really need to escape? Was Lord Jesus, God incarnate, not able to deal with all the dangers they were facing? And why specifically Egypt?

The response to these important questions could be summarized in the following 3 points, which also carry all of the deep spiritual meanings:

1. Fulfilment of the Old Testament Prophecies

Lord Jesus came to complete & fulfil the prophecies of the Old Testament. There are many prophecies that the Lord had to fulfil for two main reasons:

The clearest prophecy of the Lord’s trip to Egypt can be found in Hosea 11:1, “Out of Egypt I called my Son.” This prophecy was also mentioned in the New Testament after the Angel instructed St. Joseph to take the Child and HIS mother and go to Egypt: “When he arose, he took the young Child and His mother by night and departed for Egypt, and was there until the death of Herod, that it might be fulfilled which was spoken by the Lord through the prophet, saying, “Out of Egypt I called My Son.” (Matt 2:15)

Isaiah also wrote another amazing prophecy of the Lord’s trip to Egypt and how the idols will be destroyed at HIS presence in 19:1, “Behold, the Lord rides on a swift cloud and will come into Egypt; the idols of Egypt will totter at His presence. And the heart of Egypt will melt in its midst.”

Many churches have been built in the same places visited by the Holy Family during their visit to Egypt. Isaiah prophesied about this in 19:19, “In that day there will be an altar to the Lord in the midst of the land of Egypt, and a pillar to the Lord at its border.” The result of this is the Lord’s blessing to land of Egypt and it’s people as proclaimed by Isaiah in 19:25, “…the Lord of hosts shall bless, saying, “Blessed is Egypt My people…”

2. The concept of escaping from evil & not belonging to this world

When Lord Jesus came to Egypt, HE gave us the key of the practical application of his command: “But I tell you not to resist an evil person.” (Matthew 5:39). Not resisting evil also means escaping from evil and this is what the Lord wanted to teach us reminding us of our weak nature as human beings facing the power of the devil who is a fallen angel with all his armies. Lord Jesus did not need to escape, as HE is very capable of handling anything as HE is God incarnate. Yet, HE did this in order to teach us through HIS example, similar to how HE used to pray and fast.

In addition, the continuous movement of the Holy Family while in Egypt without rest brings our attention to a very important spiritual fact: we will also pass through life as we are not of this world and hence we will not find a resting place here. Lord Jesus said this clearly in John 15:19, “If you were of the world, the world would love its own. Yet because you are not of the world, but I chose you out of the world, therefore the world hates you.” We sometimes get distracted with the many things this world offers us and become more and more comfortable with our lives. The Lord here reminds us through this important Minor Feast that we need to refocus and remind ourselves that this world is not forever, yet God has sent us here for a purpose and a mission. We, being the faithful servants of the Lord, need to ensure that we carry out the Lord’s purpose in our lives and not be deceived by what the world has to offer.

3. The restoration of the curse upon Egypt

In the Old Testament, Egypt had the lion’s share of curses & plagues, which we can see in the following examples:

Having said that, God is always willing to abolish the curse(s) that HE had once inflicted upon the land of Egypt and the Egyptians. Now, by sending HIS Son to Egypt, HE is restoring HIS favour instead of HIS wrath, HIS blessing instead of HIS curse; purifying everything, renewing everything: the people, the land, the water and the air. Isaiah the Prophet prophesied about this saying: “So the Lord will make himself known to the Egyptians, and in that day they will acknowledge the Lord. They will worship with sacrifices and grain offerings; they will make vows to the Lord and keep them.” (Isaiah 19: 21)

Lord Jesus is always willing to forgive us no matter how big our sins are if we repent and turn back to HIM. Not only that, HE is continually coming to visit each & every one of us so that we can leave behind the water jug full of our evil doings which never satisfied us just as the Samaritan Woman did when she met the Lord.

As we celebrate this very special feast of the Lord’s entry into Egypt, let us remember & contemplate on the following:

May the Lord who entered into the land of Egypt enter into our homes & hearts and may HE dwell there forever. 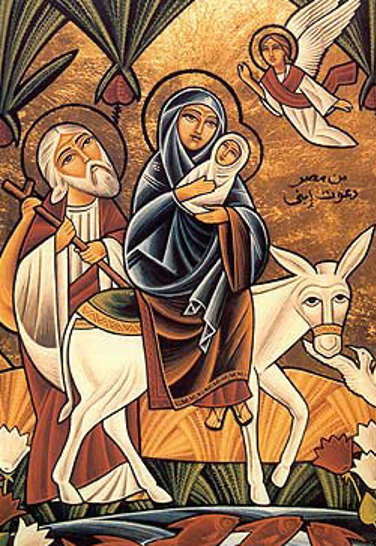 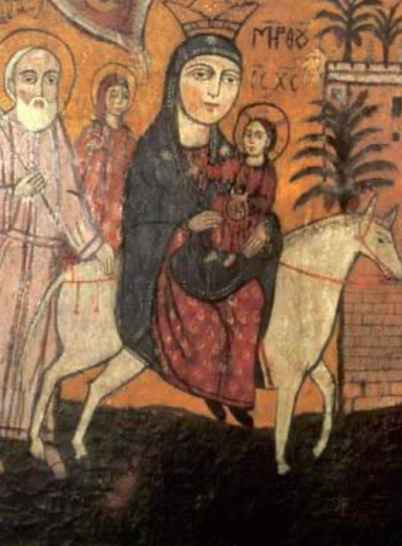 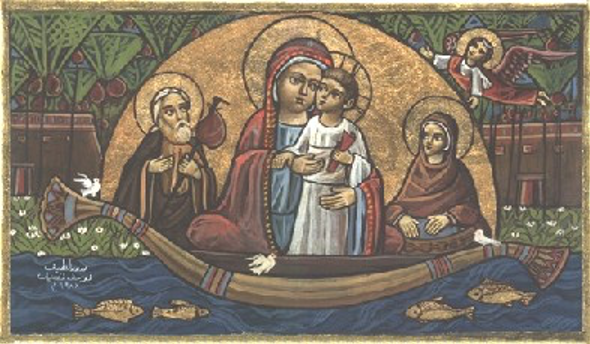