Archbishop Angaelos was born in Egypt and emigrated to Australia in his early childhood with his family. After obtaining his degree in Political Science, Philosophy and Sociology, he continued on to postgraduate studies in law while working in the same field.

In 1990 he returned to Egypt to St Bishoy Monastery, and was consecrated as a monk by the Late Pope Shenouda III, for whom he served as private secretary until 1995. He then became delegated to serve in the UK.

He was proclaimed Bishop of the Coptic Orthodox Diocese of London in November 2017 in Egypt and enthroned over the new Diocese on 18 November 2017 at the Cathedral of Saint George in England.

Archbishop Angaelos is widely recognised for his extensive advocacy work. As a result he was conferred the honour of Officer of the Most Excellent Order of the British Empire by Her Majesty The Queen for ‘Services to International Religious Freedom.’

With a pastoral ministry spanning more than two decades, Archbishop Angaelos specialises in youth ministry and travels around the world to speak at youth conferences and conventions. 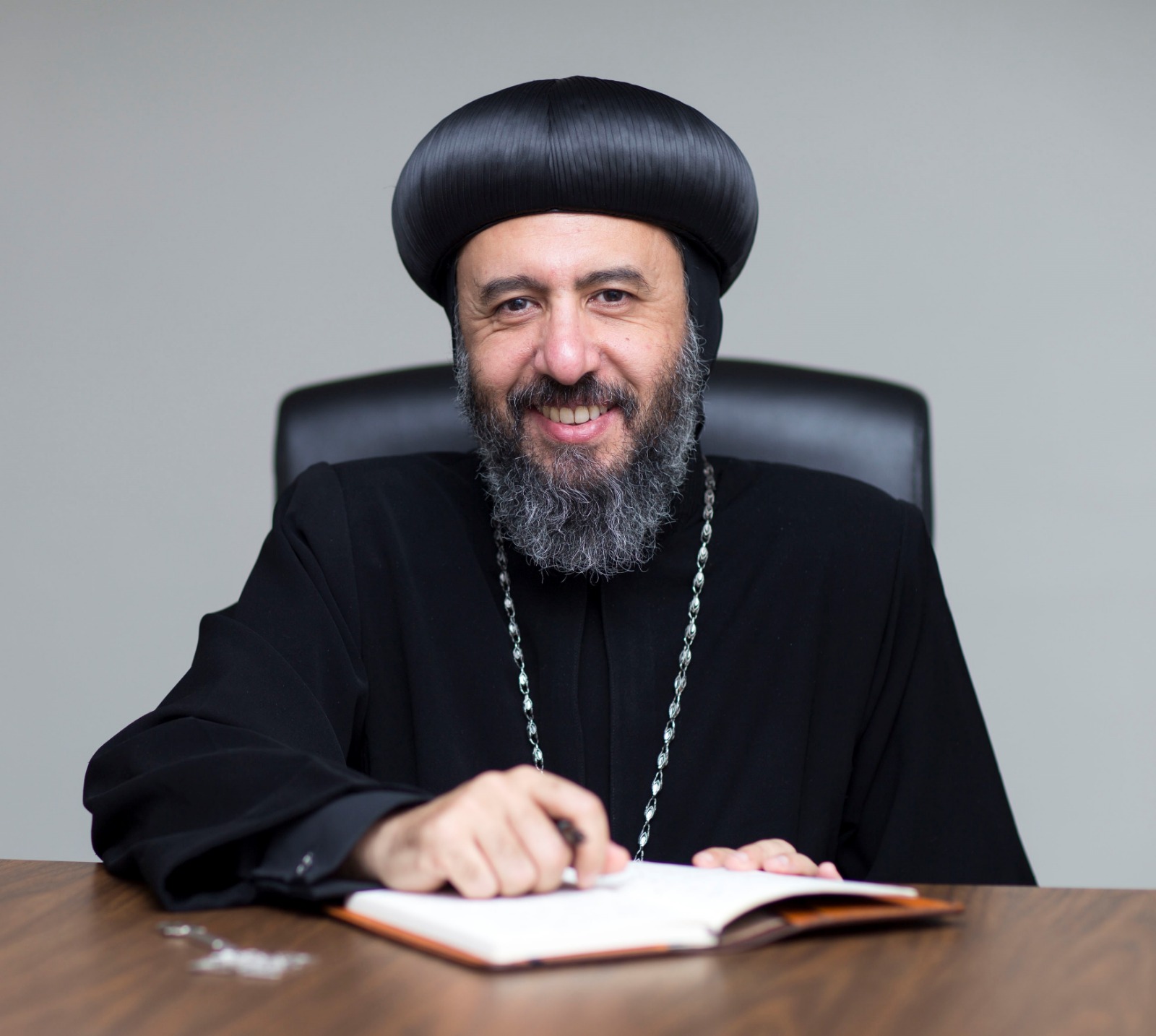